My mom, Rose Marie Birch, and dad, Errold William Staker, were married on April 5, 1933. Eighty-three years ago today.  This is such a wonderful photo. Taken in front of Mom’s home in Wilford, Idaho.  Daddy grew up three miles away in Teton City and met at a dance. Mom was engaged. Daddy knew it was not to be.  While she was out with her beau, Daddy would hang out with her folks on the Wilford farm. Be there when she and fiance returned. Somehow he won the girl!

In retrospect I can see that I was a a bit obsessed. I hung on his every word in class. I pled with my parents on Saturday nights to let me go to his house. There a group of likeminded kids would gather to dance, harmonize songs at the piano, eat food prepared by his wife Dorothy, mingle with his family (the oldest of eight children his daughter a year younger than me), and talk around the fireplace until the late hour sent us home. I tried to be brave and righteous—refusing at one point to dress in immodest shorts for P.E.(earning the only B of my high school career). My parents were not the only ones concerned by such strange behaviors. At the end of that year, I learned to my great dismay that Brother Foster was leaving (run out of town he let us all know). END_OF_DOCUMENT_TOKEN_TO_BE_REPLACED

A skill I was made for (alas) helped me thrive as “editorial” poobah at Adobe Systems, a software company where I worked for fifteen years.

Multi-tasking, its called in today’s vernacular.

I have an intense, racing mind. Energy that can make me difficult to be with. Lead me into complex puzzles. Exhaust me. I recently finished Elena Ferrante’s four fine novels about two girls growing up and living to old age in Italy, especially Naples. Lenu tells the story of her friend, Lila–with the racing mind. I’ve managed to live a mostly boring life, but I could identify with Lila’s curse/ blessing.

On many levels, Adobe was a synchronous match. Go deep in a pinch, but mostly race across multiple domains and on demand provide generalized impressions. That was prized as multi-tasking. I always laughed to friends that in this crazy context, my ignorance was also lauded as a fresh look. Over time I specialized in ignorance of new things–a badge for quick dives, decisions, change.

I was successful. But stressed. Not fully invested. Worried about the speed and the random investiture of my mind’s energy.

That is why I left Adobe. To slow down. Now I have family, a dog, a garden, an island lair, a book. To succeed I must harness that racing mind, go slow, spend time, go deep.

I just spent the past week going through books I packed into boxes in Salt Lake City just before I married Thomas D Stout in January 1993.  I had just spent 10 years as a graduate student at the University of Utah in nineteenth- and twentieth-century British literature and narrative theory.   I had hundreds and hundreds of books–novels, poetry, histories, literary theory.

At first we didn’t have a place for the books so they were packed away in the garage, over the years behind more and more stuff.  We just got to most of them this past week, old friends met anew.

So much has changed.  When I was collecting those books, I needed to physically find a book in a library or store. And physically keep track of its location if I wanted to see it again.  I imagined that I would be teaching at a university and publishing articles and books on literary topics. I prided myself on my book collection, many unusual and hard to find 19th and early 20th century books as well as a broad range of theoretical texts.

Twenty years later, so much about books and reading has changed.  I buy most books online.  I generally prefer to read and make notes on my kindle. And I love to listen to novels as audiobooks (as well as read them).  I can easily find almost all of the books I collected in electronic versions–many of the older ones for free. It’s easier to read, take notes, change the type size if needed.  I still have many favorites.  But I’ve decided to get my book collection down to a group I can keep on the shelves in my island lair on Whidbey Island–that’s still a not insubstantial number of books.  The picture I’ve included shows just my Mormon books.

My life has taken some unexpected turns.  I didn’t become a professor of literature.  For years I worked as an editor–a small magazine, a small press, and then a large software company.  For the past three years I’m back to my own work.  But I’m writing now about Joseph Smith using my background in narrative theory, a book analyzing Joseph’s use of Bible stories.

All of this is the context for my return to my old books.  Sorting them into several piles, those I will keep for my library shelves in Langley, those worth listing on Amazon, those that I will sell in garage sales or give away.  Those I’m saving for my shelves are a subset.  So many of the books I already have obtained in electronic form.

It’s been hard to say goodbye.  But it also feels good.  Still a work in progress but a goal is in sight.

I hear that the whales are back.  Didn’t exactly use this blog yet.  But I still have high hopes.  It’s nice and private, so I can just silently try again.

I’m wanting to write more.  Not sure if there is any advantage to this site over blogger.  Thought I would try it out and see.

Here’s a picture of my island lair–with grey whale. 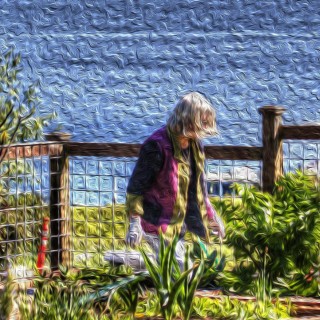